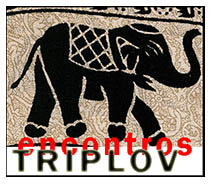 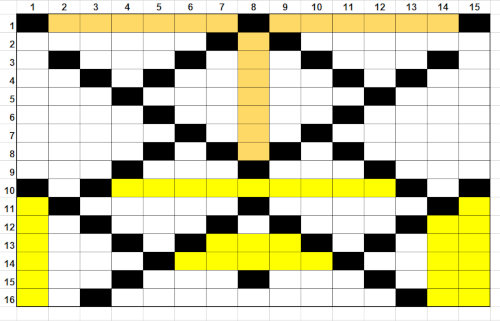 CROSS: 1 – Portuguese graphic of Latin name stella means in Astronomy one star or planet and also means column or tall solid upright stone post used to support a decoration; surname of Triplov’s director known between everybody; 2 – at or towards the back of a thing or person; someone who reads books, or who reads in a particular way; 3 – Portuguese name of the letter M; someone who is paid to do something, especially play a sport, that other people do for pleasure; Portuguese noun liked the English harsh, untreated; 4 – suffix, of, like, or related to a particular thing (in adjectives); a visit to a place that involves a journey, for pleasure or a particular purpose (plural); first and last letter of Lois, surname of the female named Lane and  reporter in the stories about Superman, who works for the «The Daily Planet» newspaper, and has a romantic relationship with him; 5 – a set position in a line of writing that you get to by pressing the tab key; a person who reaps (pl. and fig.); become dead; 6 – a meeting between lovers in a secret place or at a secret time, often used humorously (here without the final consonant); surname of Bob, Nobel Prize in Literature 2016, “for having created new poetic expressions within the great American song tradition»;  an occasion when you eat food, for example breakfast or dinner, or the food that you eat on that occasion; 7 – with your mouth wide open, especially because you are surprised or shocked (adjective – not before noun); another spelling of the musical note sol (so3); relating to the people who live in a country; 8 – surname of a character in the humorous British television programme Last of the Summer Wine, named Batty (like the Portuguese daughter-in-law); (Three spaces, three letters, T, V and L; the part of a person’s or animal’s face used for smelling or breathing; 9 – «Oui en Français», «Sim em Português» and …. in English; to run or drive into something very hard (verb); it is – used especially in poetry (Literary with one ‘ before); conjunction, adverb used with neither; 10 – very difficult to me (the author) write here the surname of Triplov’s sub-director Maria José, with the pronunciation or accent like “Came in Cilla”; 11 – cabalist number after six and before eight (Old English “Eahta”); that is paid in small regular repayments (pl.); 12 – one more consonant out the word means (British English) two lines of small metal or plastic pieces that slide together to fasten a piece of clothing; much water, ocean, (inverse); English Lady and Portuguese Senhora, abbrev.; European Commission (abbrev.); 13 – because one more important surname very known in «Triplov», the Medal exists with only three letters; another Portuguese second name like the sky or Heaven; same like the Portuguese and Spanish hello in the phrase «my ole man»; 14 – short distance away from a person or thing; the Portuguese surname of Triplov’s photograph and video’s reporter Maria do Céu; here the rime of one verse or poem is a Muslim ruler; 15 – long grass that has been cut and dried, used as food for cattle; a thick sweet substance made from boiled fruit and sugar, eaten especially on bread; (so good the strawberry); make a kind of grand tour on my own, take the waters and cure what ails me; a small poisonous snake from North Africa; 16 – symbol of chemical element “aluminium”; when people “remember” and give honour to someone who has died in remembrance of something (without the final syllable); Portuguese Authors abbreviation.-

DOWN: 1 – An area of northwest France with a long coast, between the Bay of Biscay and the English Channel. It is a popular place for British people to go on holiday; surname of the Triplov’s poet named Maria and «also» mathematics teacher; 2 –   someone who is being treated in a particular way (suffix in nouns); plural of cargo like noun; the best or most suitable that something could possibly be perfect; 3 – different of He; surname of  Betsy, (1928–) a US writer of novels for young people between the ages of 10 and 18, which include The Summer of the Swans, and the Bingo Brown and Herculeah Jones series of books; the past tense of lie; 4 – the thing that is measured in minutes, hours, days, years etc using clocks (uncountable); a place where the water has special minerals in it, and where people go to improve their health by drinking the water or swimming in it; ancient toponym (like the Others in Lyon Kingdom, Spain) of my little town named today Seia; 5 – Portuguese name of the letter N; to talk in an angry, uncontrolled, or crazy way (pl.); used by the person speaking or writing to refer to himself or herself but in French; 6 – the past tense and past participle of lead without the vowel; acronym of “Technology, Entertainment, Design”; used to describe a person who is willing to do what other people ask, even if it is slightly dishonest (only before noun and plural); a wheel or part of a wheel that is shaped to change circular movement into backwards and forwards movement; 7 – to speak to God in order to ask for help or give thanks (pl.); an adult male human (pl.); verb, to move towards you or arrive at the place where you are; 8 – publisher virtual multilingual multicultural / site dedicated to Ernesto de Sousa; “data encryption standard”, abbrev.; 9 – difficult, very difficult, nor Operates nor Oprah (Winfrey); telephone number (abbrev.); the Portuguese abbreviation name of Portuguese Open University with one T because the Portuguese surname like the English coast; 10 – Abraham’s Land; very calm or peaceful written without the vowel e between consonants;  a rubber mattress filled with air and used as a bed or for floating on water (pl.); atmosphere; 11 – European Economic Community (abbrev.); to have or use something with other people; the sixth note in a musical scale, according to the sol-fa system; 12 – to be brave enough to do something that is risky or that you are afraid to do (used especially in questions or negative sentences); the written abbreviation of minimum; another form of the suffix -iana; 13 – the abbreviation of educational institution, used in Internet addresses for schools, colleges, etc.; a county in southwest England known for its natural beauty including Dartmoor and part of Exmoor National Park, and attracts a lot of tourists; one anagram of the Portuguese word «amo» or I love; 14 – Portuguese “If”; the regular exchange of information between groups of people, especially at work, so that each group knows what the other is doing; Portuguese female name; 15 – a company that sells goods made by another company, especially in the computer industry a major reseller of personal computer software; surname of the poet named Elisa, one more Triplov’s author.-